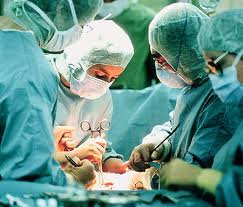 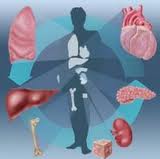 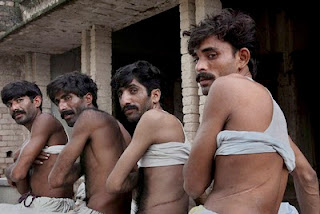 Police in India have issued an alert for a doctor alleged to be involved in an organ trading racket.Last week, police in Gurgaon, a suburb of the capital Delhi, raided a house which was used to carry out illegal kidney transplants. Hundreds of poor labourers were tricked into selling kidneys, officials says.
Trade in human organs is banned in India but many continue to sell their kidneys to clients, including Westerners, waiting for transplants. Gurgaon is an affluent suburb of Delhi, home to high-rise apartment blocks and call centres. It is here, in a nondescript house, that many poor labourers were lured from across northern India and bribed into selling their kidneys, according to the police. For this they were allegedly paid up to $2,500.
The clients are said to be wealthy Indians, and even some foreign visitors, who were in urgent need of a kidney transplant and willing to pay large sums for it. Last week, the police raided the illegal clinic after being tipped-off by a victim. Four people were arrested but the main person alleged to be behind the racket, a doctor, is missing. Gurgaon police commissioner Mohinder Lal told the BBC that an alert had been sounded at airports to prevent him from leaving the country. He said police also planned to approach Interpol to issue a warrant for his arrest.
Despite banning the trade in human organs, India continues to be one of the major centres of the trade.
प्रस्तुतकर्ता http://arvindsisodiakota.blogspot.com/ पर 11:57 pm 0 टिप्पणियाँ

UPA-II - A Kingdom of Corruption : Gadkari 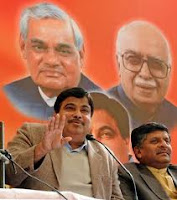 The BJP National Executive  meeting was held in
Guwahati( Assam) on 08-09 January 2011
resolving to wage effective struggle against
corruption and rising prices. The meeting had a special
significance given the deepening crisis in the country
with everyday report of scandals, cases of corruption
and loot of public funds. The
situation has further worsened in the
face of skyrocketing prices which
goes on increasing unabated under
the Congress led UPA government
in the centre. While Congress led
UPA government was strongly
criticized for having failed on all
fronts, strategy was chalked out for
the coming assembly elections in
2011 in five States. In the meeting
presided over by BJP National
President Shri Nitin Gadkari, BJP
Parliamentary Party Chairman Shri LK
Advani, Leader of Opposition in Lok
Sabha Smt. Sushma Swaraj, Leader
of Opposition in Rajya Sabha Shri Arun Jaitley, Former
BJP Presidents Dr. Murli Manohar Joshi, Shri M
Venkaiah Naidu, Shri Rajnath Singh, BJP national
General Secretary (Organisation) Shri Ramlal, Chief
Ministers and Deputy Chief Minister of BJP ruled States,
BJP National office bearers and members of the national
executive participated.
In his inaugural address to the national executive
meeting, BJP National President Shri Nitin Gadkari
enumerated the failures of the Congress led UPA
government at the centre and cited the cases of
corruption, scandals and loot to dub it a 'Kingdom of
Corruption'. He said that the Congress led UPA rule has
proved to be a nightmare for the country as everyday
a new scam was being exposed. BJP National President
Shri Nitin Gadkari also paid glowing tribute to the
national heroes from North-East eulogizing the glorious
tradition of sacrifice and its rich cultural heritage. Raising
the issue of corruption in the region he said the BJP will
take effective measures against Bangladeshi infiltration
and pave the way for development and prosperity of
the region.
In the meeting two important resolutions were also
passed. A resolution on the Situation in Assam and
North-East was passed expressing concern over the
threats posed by Bangladeshi infiltration and the
reported cases of corruption in the States of the region.
Another resolution on Political Affairs was also passed
in the meeting which outlined the worsening political
situation in the country under the UPA government
with a number of scandals,
scams and cases coming to
light every day. Leader of
Opposition in Lok Sabha Smt.
Sushma Swaraj said that the
recent revelations made in
Bofors scam lead the trail of
kickbacks from Quattrochi to
the homes of the Congress
leadership. Leader of
Opposition in Rajya Sabha
Shri Arun Jaitley said that by
giving clean chit to A Raja the
Congress is repeating its
mistake that was committed in
the Bofors case. A statement
on Telangana was also adopted expressing
disappointment at the attitude of the UPA Government
in delaying the creation of a separate state of Telangana.
BJP National President while reviewing the situation
in the States going to polls in 2011 made some important
announcements.  Leader of Opposition in Lok Sabha
Smt. Sushma Swaraj and Leader of Opposition in Rajya
Sabha Shri Arun Jaitley were given special
responsibilities. Smt. Sushma Swaraj was assigned the
responsibility of three States viz. Tamil Nadu, Kerala
and Puducherry while Shri Arun Jaitley was given the
responsibility of West Bengal and Assam. Shri M.
Venkaiah Naidu was given the responsibility to
coorditnate between different States and to see the
implementation of central programmes. He will also
pay special attention to various  Morchas and Cells.
In his concluding remarks BJP Parliamentary Party
Chairman Shri LK Advani said that the year 2010 will
prove to be decisive in the history of post independence
India given the magnitude and scale of corruption that
came before the public eye. He said that the biggest
challenge before BJP was to keep its image clean and
intact so that people can repose their faith on the party
in the coming elections.  „
read mor.....
http://www.bjp.org/images/kamal_sandesh/ks_jan_e_02_2011.pdf

We have the responsibility of making the nation  free from  corruption, hunger and terror  : Gadkari
The meeting took place in the wake of  deepening crisis in the country amid daily  reports of scams, loot of public money, rising  prices and apparent collapse of democratic functioning of the government. In his Presidential Address to the national executive meeting, BJP National President Shri Nitin Gadkari outlined the challenges posed by the nexus of ruling Congress Party, the scamsters, corrupt bureaucracy and officials which is eating into the vitals of the our democratic polity. In his elaborate speech he covered a wide range of issues detailing the failure of UPA government on all fronts, emphasizing lack of transparency and accountability.
Paying tribute to the contributions made by the national heroes belonging to the North-East, he gave special focus to the region which needed urgent assistance and support in resolving its disputes and moving ahead on the path of progress. Reiterating the commitment of Bharatiya Janata Party towards the issue of Bangladeshi infiltration, he lamented the corruption and scam taking place in the region with the open indulgence of Congress governments. Re-confirming the commitment of BJP towards good governance, Shri Gadkari gave a call to the party members to take up the responsibility of making the nation free from corruption, hunger and terror .
We are publishing the full text of Shri Nitin Gadkari's speech for our esteemed readers.
Note: Full text of the speech and the resolutions passed in the meeting are also being published separately in booklet form. read mor .......
http://www.bjp.org/images/kamal_sandesh/ks_jan_e_02_2011.pdf
---
प्रस्तुतकर्ता http://arvindsisodiakota.blogspot.com/ पर 8:49 am 0 टिप्पणियाँ