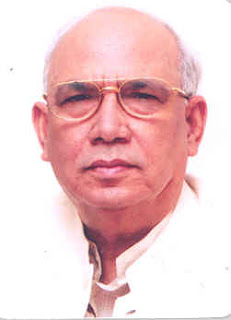 Bhardwaj introduced the concept of rural courts (gram nyayalayas) during the UPA-I government.
A media shy minister, the old Gandhi family loyalist handled the most sensitive and controversial cases in the Manmohan Singh cabinet between 2004 and 2009.
From Bofors to office of profit and the failed attempt to remove Navin Chawla as election commissioner, were all deftly handled by the Congress veteran to the satisfaction of the Prime Minister and party leadership.

In March 2009, H R Bharadwaj was criticized for taking the initiative to de-freeze two bank accounts of Ottavio Quattrocchi, an accused in the Bofors Scam case, who is seen as a close friend of Congress president Sonia Gandhi. In particular, it appears he did not consult the investigating agency CBI which had gotten the accounts frozen.

As Governor of Karnataka

In July 2010, his comments on the powerful Bellary brothers, ministers in the B.S. Yeddyurappa government, particularly demanding their sacking for their alleged involvement in illegal mining generated a national debate. This was preceded by Bhardwaj rejecting the resignation of Lokayukta, Justice Hegde, leading to appreciation of his role as governor.
Bharadwaj also received lots of flak from public and media for his unceremonious, scathing personal attack on Mysore university vice-chancellor V G Talawar when the latter was initiating action against former vice-chancellor J Shashidhar Prasad. Prasad is accused of committing irregularities in the recruitment of around 200 professors and readers during his tenure between 2003 and 2007.
On January 21 2011, Governor Bhardwaj sanctioned the prosecution of Chief Minister of Karnataka (Yeddyurappa)under Prevention of Corruption Act, following several allegations of his involvement in land scams.
On February 7 2011, Bharadwaj withheld the approval of honorary doctorate by the Bangalore University to noted historian and Kannada writerM. Chidananda Murthy. Chidananda Murthy had backed justice BK Somasekhara Commission’s report on church attacks in Karnataka in 2008. Bharadwaj was criticised by the entire literary community of Kannada including Jnanpith awardee Prof U. R. Ananthamurthy. Akhila Bharata Kannada Sahitya Sammelana 2011, held in Bangalore, adopted a resolution to “condemn” the Governor's decision. Taking note of this, Bharadwaj agreed to give his approval.
In May 2011, Bhardwaj recommended President's rule in Karnataka, without giving the BJP government an opportunity to prove its majority in the house, a move that was widely criticized as partisan.