Date of Birth : Dec 25, 1924
Date of Death : -
Place of Birth : Gwalior,MP
Political party : BJP
Took Office : Mar 19, 1998
Left Office : May 22, 2004
Successor : Dr. Manmohan Singh
Shri. Atal Bihari Vajpayee, the ex Prime Minister of India, is a multi faceted political personality. He was born on 25th December 1924, at Gwalior, Madhya Pradesh to parents Krishna Bihari Vajpayee, a school teacher and Krishna Devi. He was educated at Victoria alias Laxmibai College, Gwalior and D.A.V. College, Kanpur and holds a Postgraduate degree in Political Science. Shri Vajpayee's first brush with nationalist politics was in his student days, when he joined the Quit India Movement of 1942 which hastened the end of British colonial rule. A student of political science and law, it was in college that he developed a keen interest in foreign affairs, an interest he has nourished over the years and put to skilful use while representing India at various multilateral and bilateral foray. For a while he studied law, but midstream he chose to become a journalist. This choice was largely influenced by the fact that as a student he had been an activist in India's struggle for freedom. Shri Vajpayee had embarked upon a journalist's career, which was cut short in 1951 when he joined Bharatiya Jana Sangh. As a founder-member of the Jana Sangh, 1951-1977 (now known as Bharatiya Janatha Party) he served as the party's president and took it to new heights.He served as the BJP's president or the first five years of its existence, laying the foundation for the party's awesome growth in the last one decade. As a parliamentarian, he has been elected to the Lok Sabha nine times and to the Rajya Sabha twice. He is the only parliamentarian elected from four different States at different times namely UP, Gujarat, MP and Delhi. He served as External Affairs Minister in the Morarji Desai Government from 1977 to 1979. He was elected to various positions including Prime Minister and Leader of Opposition (1993), Lok Sabha; Chairperson of a number of parliamentary committees. He served as Prime Minister for a short stint in 1996. Later on March 19, 1998, he took charge as Prime Minister of India and again on October 13, 1999 for the second consecutive term as the head of a new coalition government, the National Democratic Alliance. He is the only Prime Minister since Pandit Jawaharlal Nehru to have become Prime Minister of India through three successive mandates. Apart from politics, Shri Vajpayee has participated in various social and cultural activities. The Krishna Bihari Vajpayee Trust set up by him in the name of his late father promotes a number of constructive activities for the uplift of the deprived and poor as well as children. He has been a Member of the National Integration Council since 1961. Some of his other associations include being President of All India Station Masters and Assistant Station Masters Association (1965-70); Pandit Deendayal Upadhyay Smarak Samiti (1968-84); Deen Dayal Dham, Farah, Mathura, U.P; and Janmabhomi Smarak Samiti, 1969 onwards. Vajpayee has many literary and artistic accomplishments to his credit. Well known and respected for his love for poetry and as an eloquent speaker, Shri Vajpayee is known to be a voracious reader. He edited Rashtradharma (a Hindi monthly), Panchjanya (a Hindi weekly) and the dailies Swadesh and Veer Arjun. His published works include 'Meri Ikkyavan Kavitayen' and 'Amar Aag Hai' (collection of poems), 'Sankalp Kaal', 'Shakti-se-Shanti', 'Meri Sansadiya Yatra' (in four volumes), 'Four Decades in Parliament' (speeches (1957-95) in three volumes), 'Lok Sabha mein Atalji' (a collection of speeches); 'Mrityu Ya Hatya', 'Amar Balidan', 'Kaidi Kaviraj Ki Kundalian' (a collection of poems written in jail during Emergency), 'New Dimensions of India's Foreign Policy' (a collection of speeches delivered as External Affairs Minister during 1977-79); 'Jan Sangh Aur Mussalman' etc .'Baapji' as affectionately called by his close friends and relatives is a family man. He finds time to spend with his adopted daughters Namita and Neharika in between his hectic schedules. He is fond of Indian music and dance. He loves nature and one of his favorite retreats is Manali in Himachal Pradesh.


In 1994, he was named India's 'Best Parliamentarian'. Over the decades, he has emerged as a national leader who has mass appeal and commands respect for his liberal worldview and commitment to democratic ideals.
======= 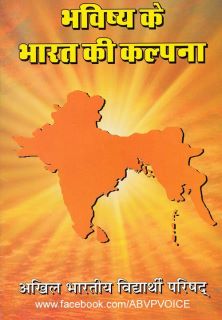