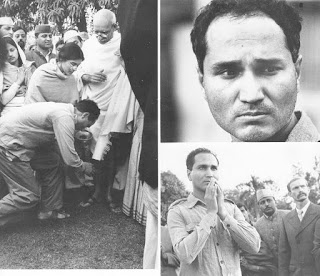 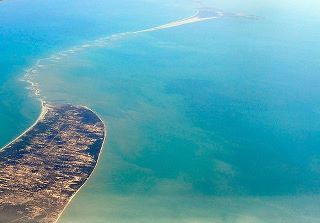 Jai Shree Ram Setu (48 kms long, 3 kms wide & 22 feets deep)
========================================
The exact date of Lord Ram's birth according to Valmiki Ramayan & Mordern Science.
Lord Rama incarnated in Tretayuga which lasted for 4,32,000 x 3 years.
Later came Dwapyuga which was 4,32,000 x 2 years
Kaliyuga is 4,32,000 years & we already passed 5100 after lord Krishna Disappeared.
Total of Dwapar is 8,64,000 + kaliyuga 5100 + 25,000 treta years when lord Rama took SwadhamGaman" means going to own Dham i.e. eternal place Vaikuntha.So approximately Lord Rama left 8,94,100 years back according to Valmiki Ramayan & about the Ram Setu project which was stopped in the year 2008 after the court got evidence about this setu which is Authentic. NASA first claimed it is 17,00,500 years old only because they had their greedy eyes on many usefull things found on the bridge (antibiotic, alge for space travellers, Munga stones etc) so claimed the wrong dates & keep us on a loop for us to find the 9,00,000 years old birdge of our Sri Rams , but later the German team did carbon dating & found the stones in the water is exactly the stone which are still present in the Gandhamadan Mountain. German Scientist team did the CARBON DATING of this Ramsetu stone which also dated 9,00,000 years old exactly as mentioned in the Valmiki Ramayan. The

Ram setu project taken by LNT was stopped, they speneded 200 thousand crore in 2 years & cant even break 1 meter bridge indeed all their Titinum blades were a waste. 2 Ilands on this Bridge are under the US Government, we are always been cheated by the West & our Congress Government. The only reason these things are hidden by our Government is only so that the Mordern Education doesn't go for a TOSS, few political issues, GREED of our Government to bond a relationship with other countries, if this is claimed as the 9,00,000 years old Heritage all Scientific theory on Evolution, Africans arboginesis, etc would go for a toss. Our Government is a Cheat. Lord Rama Bless them all.

We read about the floating bridge accordint to Sri Tulsidasji is also true because in one day of Brahma there are 1000 mahayuga, 1 mahayuga contains 4 yugas (43,20,000 years) so in just 12 hours of Brahmaji Lord Rama incarnates 1000 times on planet earth & in every time he incarnates in different yuga (Satyuga, Treta, Dwapar & Kaliyuga) he can appear in any yuga not compalsary that Lord Rama came in Treta in this Yuga & so he can incarnate in Treta in next mahayuga, No!. He can even appear in Dwapar or Satyuga. So the floating bridge concept of
Tulsidasji is also true which was possible in another Manavantra we are now in Vivashwata Manavantra & already 6 manvantra passed away.

After 71 mahayugas = 1 Manvantra takes place, Manvantra is when Sri Manu maharaj, the first man appears for creation. Our Manu maharaj is Vivashwata Manu. 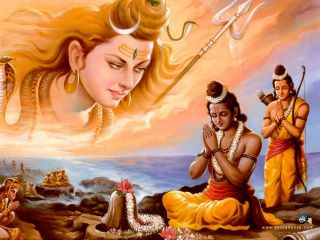