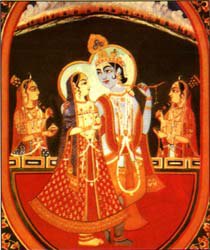 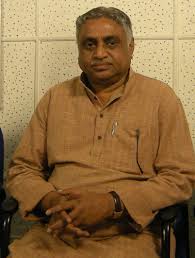 RSS strongly condemned Tushar Gandhi’s remarks
NEW DELHI/BANGALORE, January 30: Rashtriya Swayamsevak Sanngh (RSS) strongly condemned the uncharitable remarks made by Tushar Gandhi, Mahatma Gandhi’s grandson about the organization ‘celebrating the Mahatma’s assassination’.
While the entire nation today was busy paying tributes to the martyrs on Martyrs’ Day today, Tushar Gandhi tweeted claiming ‘RSS was celebrating Mahatma Gandhi’s assassination’.
Taking strong exception to these utterly false propaganda RSS Akhil Bharatiya Prachar Pramukh Dr Manmohan Vaidya said in a statement issued today “Tushar Gandhi’s remarks are unacceptable, We condemn them. These remarks are false propaganda tantamount to tarnish the image of the RSS. Vandaniya Mahatma Gandhi wrote “Satya ke Prayog” while his grandson Tushar is spreading lies by making such remarks. He is propagating “Asatya ke Prayog”. The RSS always respected Mahatma Gandhi, his life and thoughts and concepts. Tushar’s remarks about RSS are nothing but spreading falsehood”.
Dr Vaidya quoted a telegram sent to Pt. Nehru, Sardar Vallabhai Patel and Mahatma’s son Devdas Gandhi by the second RSS Sarsanghchalak the late M S Golwalkar alias Sri Guruji on January 30, 1948. The telegram said:
“30 January 1948
Shocked at the news of cruel fatal attack and tragic loss of greatest personality. Country's loss unbounded in these critical times. God help shoulder responsibilities grown heavier and fulfill the void caused by the loss of incomparable unifier.
-M. S. Golwalkar”
Earlier this morning, Tushar Gandhi tweeted as “Nationwide the RSS was celebrating Bapu’s murder by distributing ‘Mithai’ even before AIR made announcement.”
VSK Analysis: This not the first time that the allegation ‘RSS was behind Mahatma Gandhiji’s assassination’ was leveled against the organization. All such claims proved false and baseless. Even from the time of Pt. Nehru, RSS was victim for such slander and false propaganda. Following Mahatma Gandhi’s assassination in 1948, RSS was banned by the then Nehru government. Many prominent leaders of the RSS were arrested as the RSS was banned on 4 February 1948.
A Commission of Inquiry into the conspiracy to murder of Mahatma Gandhi was set up and its report was published by Ministry of Home Affairs in the year 1970. Accordingly Justice Kapur Commission noted the following:
…RSS as such were not responsible for the murder of Mahatma Gandhi, meaning thereby that one could not name the organization as such as being responsible for that most diabolical crime, the murder of the apostle of peace. It has not been proved that they (the accused) were members of the RSS… —Kapur Commission Report.
RSS Leaders were acquitted of the conspiracy charge by the Supreme Court of India and following an intervention by the Court, the then Government of India agreed to lift the ban with condition that the RSS adopted a formal constitution. The second Sarsanghachalak, M S Golwalkar drafted the constitution for the RSS which he sent to the government in March 1949. In July of the same year, after many negotiations over the constitution and its acceptance, the ban on RSS was lifted.
In 1934, during Mahatma Gandhi’s visit to RSS Camp accompanied by Mahadev Desai and Mirabehn at Wardha, he was surprised by the discipline and the absence of untouchability in RSS and commented: “When I visited the RSS Camp, I was very much surprised by your discipline and absence of untouchability.” He personally inquired from the Swayamsevaks about their castes and found that they were living and eating together in the camp without bothering to know their castes”.
On 15 January 2000, a daily, The Statesman, carried a story about the RSS by A G Noorani, which depicted the RSS as the killer of Gandhi. Subsequently the Delhi unit of the RSS filed a criminal case of defamation against author of the article A G Noorani along with the cartoonist and the Managing Director of the publishing house. When two of the accused did not respond to the Court summons, non-bailable warrants were issued in their name by the Court. On 25th February 2002, Noorani wrote an unconditional apology to the court in which he regretted writing the defamatory article against the RSS. On 3rd March 2002, ‘The Statesman’ also published an apology regretting the publication of the said article.
The Statesman said: “We had described the Rashtriya Swayamsewak Sangh as “the organisation that killed Gandhi”. This was incorrect, and unsupported by both facts and the record. We express regrets for the publication and apologize unconditionally for the anguish and mental torture caused to members of the organization”.
Here is the link.
प्रस्तुतकर्ता http://arvindsisodiakota.blogspot.com/ पर 10:08 am 0 टिप्पणियाँ

Kumbh's history originates from the beginning of the Creation. All devtas were under the influence of a curse that made them weak and coward, Brahma, (the creator God) advised them to churn the ocean for Amrit (Nectar), intake of which will make them immortal, devtas sough the help of demons for the purpose. gods and demons made a temporary agreement to work together in obtaining amrita (the nectar of immortality) from the Milky Ocean, and to share this equally.The Mandara Mountain was used as a churning rod, and Vasuki, the king of serpents, became the rope for churning. With the demigods at Vasuki's tail and the demons at his head, they churned the ocean for a 1,000 years. Eventually, Dhanwantari, the divine healer, appeared with the "Kumbh" containing nectar in his palms, when the Kumbha (pot) containing the amrita appeared, the demons ran away with the pot and were chased by the gods. By their joint churning Amrit was one of the resultants, found in the last. A battle ensured.For twelve days and twelve nights (equivalent to twelve human years) the gods and demons fought in the sky for the possession of this pot of amrita. It is said that during the battle, drops of amrita fell on to four places : Prayag, Haridwar, Ujjain and Nasik. Kumbha mela is observed at these four locations where the nectar fell.

Kumbh is held at four places.

Prayag (near the city of Allahabad, in the state of Uttar Pradesh) at the confluence of three rivers Ganga (Ganges), Yamuna and Saraswati.

Haridwar (in the state of Uttarakhand) where the river Ganga enters the plains from Himalayas.

Ujjain (in Madhya Pradesh), on the banks of Ksipra river, and

Nasik (in Maharashtra) on the banks of Godavari river.


The combined sanctity of the three holy rivers, coupled with the spiritual powers obtained from the pot of nectar of immortality has earned Prayag (Allahabad) as tirtharaja ( the king of holy places). The confluence of India's three most sacred rivers at Allahabad , Besides the Ganges, there are also two other sacred rivers located at Allahabad, the Yamuna and the Saraswati . Ganges & Yamuna has its earthly origin in the Himalayas. Whereas Saraswati, is a mystical river which has no physical form. Its is believed that the Saraswati exists only on the spiritual plane and is not visible to the human eye.

Kumbha Mela is "the world's most massive act of faith' – the largest congregation of devotees at one place. It is believed that by bathing in the Ganges during Kumbh, one is freed from one's past sins (karma), and thus becomes eligible for liberation from the cycle of birth and death.

According to astrological calculations, the Kumbha Mela is held every twelve years and begins on Makar Sankranti, the day when the sun and moon enter Capricorn and Jupiter enters Aries. The astrological configuration on Makar Sankranti is called " Kumbhasnanayoga" and is considered to be especially auspicious, as it is said that the passage from Earth to the higher planets is open at that time, thus allowing the soul to easily attain the celestial world.
It is impossible to capture the festival. Indeed, it is the festival that captures us. Words, film, print, and paper can not do justice to the event — it is the one which has to be experienced personally.