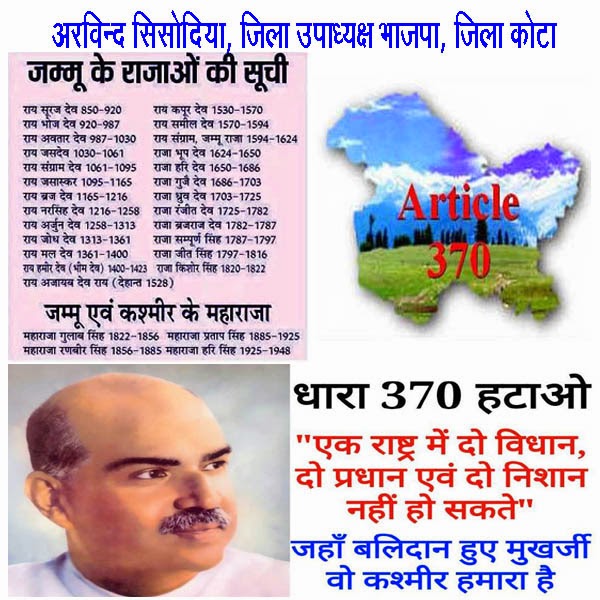 Note on Article 370 ( Jammu Kashmir Study Center) Omar Abdullah Tweet-   “ Mark my words & save this tweet - long after Modi Govt is a distant memory either J&K won't be part of India or Art 370 will still exist.” Comments - The Statements given by Omar Abdullah and Mehbooba are anti National and an insult to the Union Constitution and its makers. The authors of Constitution of India have kept Article 370 as a Temporary Provision. Even Title of the Article is written in the Union Constitution of India – “ Temporary provisions with respect to the State of Jammu and Kashmir”   Even during the debate on Draft Article 306A (which was renumbered as 370 in original Constitution), Goapala Swami Ayyahngar have clearly stated that the Article 370 is not a permanent feature. So, if one will go by tweet of the Hon’ble Chief Minister of the State of Jammu Kashmir – Did Constitution Makers want to break this country by declaring the Article 370 as Temporary Article?
टिप्पणी पोस्ट करें
और पढ़ें
ज़्यादा पोस्ट