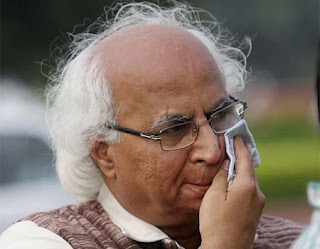 Sudheendra Kulkarni
From Wikipedia, the free encyclopedia
Sudheendra Kulkarni is an Indian politician and columnist.
Kulkarni was educated at Jadhavji Anandji High School in Athani, a town in Belgaum district, Karnataka, India. He then attended the Indian Institute of Technology Bombay.
A former member of the Communist Party of India (Marxist), Kulkarni joined the Bharatiya Janata Party (BJP) in 1996. Of this ideological switch he said, "People like me were living in an illusory land. I realised very late in my life that the Marxist ideology is not suitable in India - in fact, I would say it is unsuitable for any corner of the world."
Kulkarni worked as executive editor for[when?] Blitz, a Mumbai-based tabloid format weekly that was edited and owned by Russi Karanjia. According to Kulkarni, Karanjia was sympathetic to the communist movement in India but became disillusioned with it and its anti-Hindu secularism. He became a strong sympathiser of the BJP and the Ayodhya movement, which led to Kulkarni being appointed in place of P. Sainath as deputy editor. Kulkarni was tasked with having Blitz reflect Karanjia's new-found sympathies.Kulkarni then transformed Blitz from a left-wing newspaper into a BJP-oriented publication.
As a member of the BJP, he was associated with the India Shining campaign and rode on the inaugural Delhi–Lahore Bus.He helped former Indian Prime Minister Atal Bihari Vajpayee write his speeches and in 2008 was acting as a strategist for Lal Krishna Advani, who had influenced his rise within the party.
Kulkarni resigned from the BJP in 2009. The electoral defeat suffered by the party, led by Advani, had effectively ended his role with the party and he had also become disenchanted with the influence exerted by the Rashtriya Swayamsevak Sangh on party decision-making. In January 2012, he was reported to be once more working full-time for the BJP, on this occasion as an advisor to its president, Nitin Gadkari. He had been working for the Observer Research Foundation, a think tank, prior to this.
Cash for votes scandal [edit]

In 2008, a sting operation was carried out that involved Kulkarni and another BJP activist. Later televised and known as the "cash-for-votes scandal", the operation purported to show a bribe of one crore (10 million) rupees being offered to three BJP MPs on behalf of the Indian National Congress-led United Progressive Alliance government. The alleged bribes were intended to obtain the support of the MPs in the 2008 Lok Sabha Vote of Confidence. Subsequently, both the Kishore Chandra Deo committee — a parliamentary panel — and the police investigated the arrangements and questioned various participants, including Kulkarni. In 2011, Kulkarni was remanded in judicial custody for a period and In November of that year was released on bail.
प्रस्तुतकर्ता http://arvindsisodiakota.blogspot.com/ पर 3:03 pm 0 टिप्पणियाँ 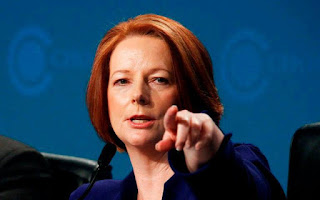