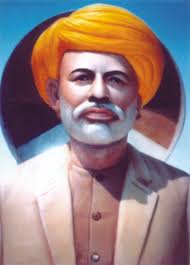 Contributions
Jyotiba Phule was one of the prominent social reformers of the nineteenth century India. He led the movement against the prevailing caste-restrictions in India. He revolted against the domination of the Brahmins and for the rights of peasants and other low-caste fellow. Jyotiba Phule was believed to be the first Hindu to start an orphanage for the unfortunate children.

Life
Jyotirao Phule was born in Satara district of Maharastra in 1827. His father, Govindrao was a vegetable-vendor at Poona. Originally Jyotirao's family belonged to 'mali' caste, considered as inferior by the Brahmins. Since, Jyotirao's father and uncles served as florists, the family came to be known as `Phule'. Jyotirao's mother passed away when he was nine months old.

Jyotirao was an intelligent boy but due to the poor financial condition at home, he had to stop his studies at an early age. He started helping his father by working on the family's farm. Recognising the talent of the child prodigy, few months later, a neighbor persuaded his father to send him to school. In 1841, Jyotirao got admission in the Scottish Mission's High School, Poona. There, he met Sadashiv Ballal Govande, a Brahmin, who remained his close friend throughout his life. Jyotirao was married to Savitribai, when he was thirteen years old.

Movement
In 1848, an incident took place in his life that later sparked off the dalit-revolution in the Indian society. Jyotirao was invited to attend a wedding of one of his Brahmin friends. Knowing that he belonged to inferior caste, the relatives of the bridegroom insulted and abused him. Jyotirao left the procession and made up his mind to defy the prevailing caste-system and social restrictions. He then started his campaign of serving the people of lower caste who were deprived of all their rights as human beings.

After reading Thomas Paine's famous book 'The Rights of Man', Jyotirao was greatly influenced by his ideas. He believed that enlightenment of the women and lower caste people was the only solution to combat the social evils. Therefore, in 1848, he along with his wife started a school for the girls.

The orthodox Brahmins of the society were furious at the activities of Jyotirao. They blamed him for vitiating the norms and regulations of the society. Many accused him of acting on behalf of the Christian Missionaries. But Jyotirao was firm and decided to continue the movement. Interestingly, Jyotirao had some Brahmin friends who extended their support to make the movement successful.

Jyotirao attacked the orthodox Brahmins and other upper castes and termed them as "hypocrites". He campaigned against the authoritarianism of the upper caste people. He urged the "peasants" and "proletariat" to defy the restrictions imposed upon them.

In 1851, Jyotiba established a girls' school and asked his wife to teach the girls in the school. Jyotirao, later, opened two more schools for the girls and an indigenous school for the lower castes, especially the Mahars and Mangs.

Viewing the pathetic condition of widows and unfortunate children Jyotirao decided the open an orphanage. In order to protect those widows and their children, Jyotiba Phule established an orphanage in 1854. Many young widows, from the upper-caste spent their days in the orphanage.

Satya Shodhak Samaj
After tracing the history of the Brahmin domination in India, Jyotirao blamed the Brahmins for framing the weird and inhuman laws. He concluded that the laws were made to suppress the "shudras" and rule over them. In 1873, Jyotiba Phule formed the Satya Shodhak Samaj (Society of Seekers of Truth). The purpose of the organization was to liberate the people of lower-castes from the suppression of the Brahmins. The membership was open to all and the available evidence proves that some Jews were admitted as members. In 1876 there were 316 members of the 'Satya Shodhak Samaj'. In 1868, in order to give the lower-caste people more powers Jyotirao decided to construct a common bathing tank outside his house. He also wished to dine with all, regardless of their caste.

Death
Jyotiba Phule devoted his entire life for the liberation of untouchables from the exploitation of Brahmins. He revolted against the tyranny of the upper castes. On 28 November, 1890, the great reformer of India, Mahatma Jyotirao Phule, passed away. 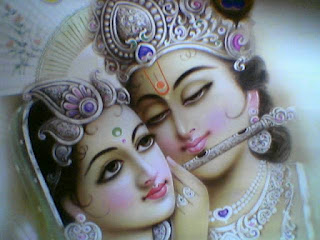 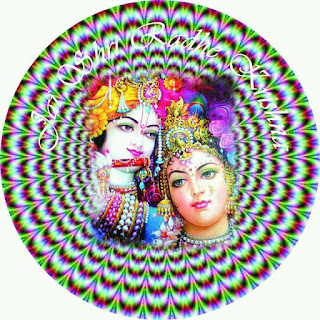