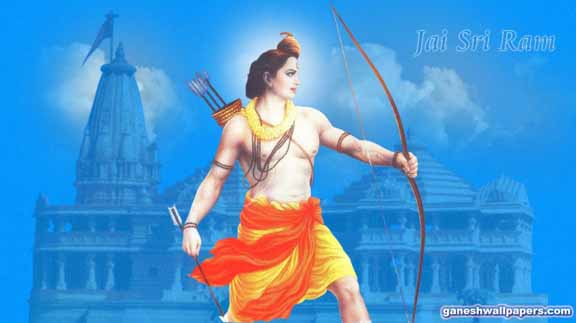 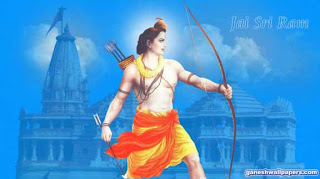 Dharma sansad 9
Ninth Dharma Sansad
This was convened on the occasion of Maha Kumbh at Prayag on 19-21 January 2001. Pujya Jagadguru Shankaracharya Jyotish Peethadhishwar Swami Vasudevanand Maharaj and Shri. Ashok Singhal delivered the introductory speech. About 6,000 Siants and Dharmacharyas participated in this Dharma Sansad.
Note Worthy Activities
It was proclaimed from the platform of Dharma Sansad that all the obstacles in the way of construction of Shriram Janmabhumi Mandir at Ayodhya be removed forthwith i.e. the construction activities could be started on any auspicious day after Shivaratri i.e. 12 March 2002. Following three programmes were also announced to provide spiritual energy to the Abhiyan; to awaken Hindutva and give momentum to this work of Mandir Construction :
Jalabhishek to Lord Shankar in the Purushottam Mas
* Japa Yajna of Vijaya Maha-Mantra Shri Ram Jai Ram Jai Jai Ram€
* Sant Chetavani Yatra from Ayodhya to Delhi
* Resolutions Passed
Resolutions Passed
01. While expression its concern over the fundamentalism in Muslim society and Jihadi tendency,they were insisted to give up the path of Jihad and terrorism; and join hands with the efforts being made to the all-around upliftment of Bharat and Bharatiya society.
02. Seeing the hand of the Church behind the separatist and terrorist tendencies in the entire north- east region including Tripura, the Dharma Sansad demanded that anti-national activities of the church be reined in by passing a Central enactment to ban conversions and strict measures be taken in Tripura to protect the nationalist Hindus there.
03. While proving the greatness of Ganga and futility of Tihri Dam, the Dharma Sansad asked Hindu society to take an oath in the presence of the holy stream of Ganga at Prayagraj Tirtha that they would be prepared for sacrificing everything for maintaining the purity and continuity of Ganga undisturbed and demanded of the Govt. to keep the stream of Ganga pure throughout her length.
04. The Dharmacharyas demanded of the Central and State Govts. to pass an enactment banning conversions by the Christian and Muslims bodies. After demanding that conversion be declared as a serious cognizable crime, the Parishad expressed its firm determination to start social service activities on a very large scale in Vanavasi communities and Dalit segments with the active involvement of Sant-Mahatmas- Dharmacharyas and nationalist organisations.
05. Demands concerning gau vansha- The government should ban cow-slaughter once and for all; to set up a National Commission on Cows and create a Gau-Samvardhan Ministry; to prevent smuggling of cattles; to open a National Bovine Research Centre; to activate the Gau-Sadans that have become defunct or sluggish; to encourage bio-agriculture; to remove the encroachment on the grazing grounds; to dismantle slaughter houses; and to arrange relief to cattles from the horrible drought. Or else the Dharmacharyas would be forced to start a revolution in the whole country.
06 Central and State Govts. were requested not to bring management of the Mutt-Mandirs under government control, but they should be regulated through an autonomous body and this autono- mous body should be comprised of Sadhu-Saints, Retired Judges, Government Officers, Social activists; and religious and peoples representatives.
07. The Central Govt. was requested to provide support to the Swadeshi Andolan in the interest of the nation and people; as also to encourage the use of Swadeshi goods in all the undertakings; so that millions of youth could come forward in the field of self-employment and become self-reliant. The Dharma Sansad appealed to the masses to stop use of the goods of multi-national companies and get involved in making Bharat economically self-reliant.

An announcement was made to perform Jalabhishek to Lord Shankar in the Purushottam Mas, Japa Yajna of Vijaya Mahamantra 'Shri Ram Jai Ram Jai Jai Ram ' and take out a Sant Chetavani Yatra for providing spiritual energy to the Abhiyan; to awakening of Hindutva and giving momentum to the work of Mandir Construction. 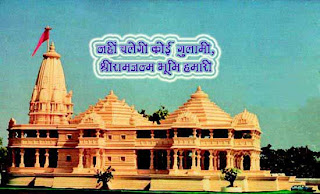 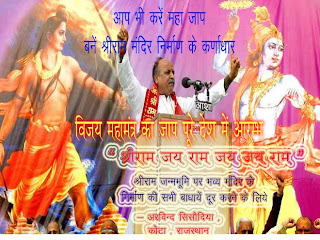