The BJP future of this country - Narayana Murthy 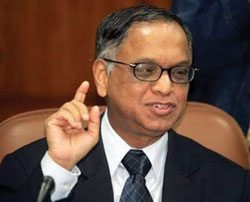 http://www.comboupdates.com BJP or Congress, who is secular,  Narayana Murthy says neither, I ask what is Secularism - Vijay Prabhu Infosys founder N.R. Narayana Murthy says that neither the Congress or the BJP is truly secular.  Everybody has his own opinion about secularism.  My question to Mr.Murthy et al, what is secularism.  Secularism is a very shallow word in Indian context.  The dictionary says secularism means a Philosophy or a doctrine that rejects religion and the attitude that religion should have no place in civil affairs.  But Mr.Murthy should leave apart the political parties, the religion is deep rooted in our day to day affairs right from our homes to our offices  Every year, every government and most private offices host a Pooja if it majority hindu and a Urs if it is majority muslim office.  Taking the religion out of an Indian will mean taking the soul out of him.  We are not so developed as the United States that we can proudly say that the religion
एक टिप्पणी भेजें
और पढ़ें 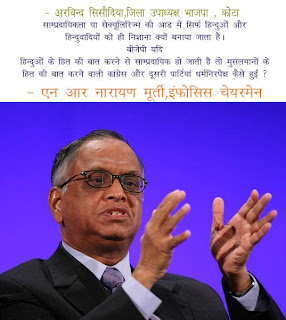