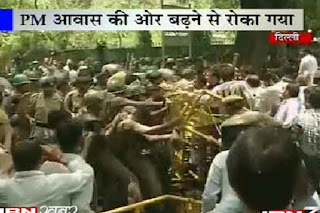 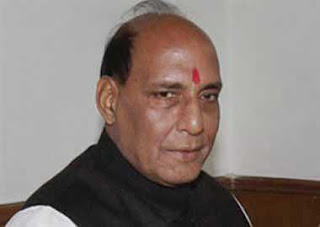 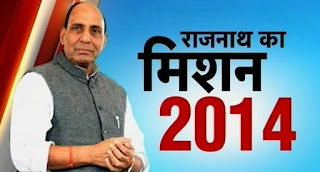 The UPA Government has become infamous for big scams. With scams worth more than Rs 550 trillion, it is the most corrupt government in the history of Independent India.The unbridled corruption of the incumbent government poses a systemic risk to governance in our country.Unfortunately the UPA has developed penchant for shielding people charged with corruption till the very end and takesonly limited actionwhen there is no other option left.

Last nighttwo Union ministers, facing charges of corruption and impropriety, resigned from their post. Had the Prime Minister sacked these tainted ministers without any delay the government could have easily saved the Budget Session. Many important legislations like ‘Food Security Bill and ‘LandAcquisitionBill’ were lined up for discussion and passage in Parliament but the adamant UPA opted to waste the opportunity.

Many questions are being raised by the people over the manner in which the Prime Minister Dr. Manmohan Singh has defended Railway Minister. Why was the PM shielding Railway Minister when he knew he would have to go?  The Congress party got hold of Railway ministry after a hiatus of nearly 17 years and the first thing we heard about the railways was massive hike in passenger fare and large scale corruption over the appointment of key officials in the ministry.

The BJP would like to draw people’s attention to the Supreme Court remarks onthe Central Bureau of Investigation (CBI) calling it the government’s “caged parrot”. The CBI was forced to share its status with the Law Minister, the PMO and other officials even when they were directed by the SC to submit the status report of ‘Coalgate’ scam straight in the court. It was ShriAshwini Kumar and PMO officials who armtwisted the CBI to file a status report. This was very serious attempt of subverting the judicial process byUPA Government. Italso raised many serious question marks on the probity and accountability of the entire establishment. We need not forget that government’s unwavering commitment to uphold the dignity of judicial procedure is the most important part of our democratic system.

After the Supreme Court’s observations, not only the Law Minister came in the dock but the Prime Minister’s position had also become untenable. The Law Minister and other officials changed “the heart of the report” which was linked to the time during when the PM was himself holding coal ministry. If ShriAshwini Kumar has to go for influencing the CBI report, why should the PMO not be held accountable for the same?

Be it the 2G scam or the ‘Coalgate’ the role of PMO has been under the shadow of suspicion for a long time.By changing the ‘heart of the report’ the government made a failed attempt to quarantine the Prime Minister but after the resignation of ShriAshwini Kumar the entire government stands exposed.

The BJP believes that ShriAshwani Kumar and Shri Pawan Bansal have been made scapegoats to divert attention from the Prime Minister.

Why the CBI’s Coalgate report was doctored by the Law Minister in the presence of a PMO official?

Was it not an attempt to cover up the details of coal block allocations during the period when the PM himself, held coal ministry?

Why the Joint Parliamentary Committee (JPC) probing into the 2 G spectrum allocation scam has not allowed Shri A Raja to depose before the committee?

There are no satisfactory answers to these questions.

It is not the first time that a Congress government facing charges of corruption. In the past Congress governments headed by Late Rajeev Gandhi and Lat PV Narsimha Rao also had to face corruption charges but this situation is entirely different as now the entire system pertaining to the State has come under question.The people of India are fast losing faith in the entire system.As a responsible opposition party, the BJP feels that all stake holders of Indian democracy must rise above partisan politics to restore the credibility of our political system. It is my suggestion to the Prime Minister Dr. Manmohan Singh should introspect anddecide that what should be done on his part to restore the faith of people in the entire political establishment.

The government has totally lost the moral strength and it continues to survive on its  numeric strength.

The main source of UPA's numeric strength are the two parties of Uttar Pradesh, the SP & BSP.

It is my appeal to the SP and BSP that if they are seriously concerned about the deterioration of system and grievances of the people, they should withdraw support from the UPA. Otherwise they will equally be heldresponsiblefor this disastrous situation.

Credibility of the UPA Government is at such a low that the much delayed departure of Shri Ashwani Kumar and Shri Pawan Bansal cannot restore it.

Since the Government and its entire establishment is turning deaf ear to all the voices raised in Parliament, the BJP has now decided to go to the people. BJP will launch a country wide agitation and awareness campaignfrom May 27 to June 02, 2013 by staging ‘Dharnas’ and giving calls for ‘Jail Bharo Andolan’ in protest against the UPA Government’s frequent malfunctions, gross inaction and rampant corruption.

The national security scenario under UPA Government is perilous.  Our international borders with neighbouring countries are exposed to frequent incursions. The recent instance of Ladakh’s Daulat Beg Oldi area is a glaring and serious example of that. Chinese troops came into our territory and pitched tents without any fear. For nearly three weeks the issue remained unresolved due to lack of political will. Although the Government now claims that the issue of incursion has been resolved with China.But, there are media reports that it has agreed to dismantle some of our defence infrastructure (bunkers)and reduced patrolling in Chumar valley as a part of some tacit deal.  We want to give full moral support to the government on the issue of our National Security and sovereignty butthe Government should clarify on what has actually happened.

Foreign Affairs Minister Shri Salman Khurshid has reached Beijing this week on his official visit to China. We had expected him to raise certain key issues including the issue of Chinese incursion during his visit but we are disappointed to know that he didn’t even mention these issues during diplomatic exchanges.

Incursion of the PLA in Ladakh can not be seen as an isolated incident. If we look on a broader perspective, the picture looks different. There is a pattern where China takes administrative controls of Gwadar Port in Pakistan, deploys its troops in PoK, still claims Arunachal Pradesh, sometime starts giving stapled Visa to J&K residents, disrupts the flow of Brahmaputra.It seems as a part of larger design. BJP expresses its grave concern over the UPA’s failure to discern these patterns and take effective diplomatic measures to safeguard India’s strategic interests. Be it the matter of China or Pakistan or Nepal or Shri Lanka or even Maldives, the entire diplomatic clout of India under this UPA government seems to have substantially been reduced.

During the NDA regime India’s foreign policy architecture was not only robust and pragmatic but it also had visionary ideas and ideals. Now the UPA government has completely destroyed that architecture.If this UPA government continues to remain in power with the same weak defence and diplomatic strategy, I apprehend that it will pose a big risk to our National Security when NATO forces will finally withdraw from Afghanistan in 2014.